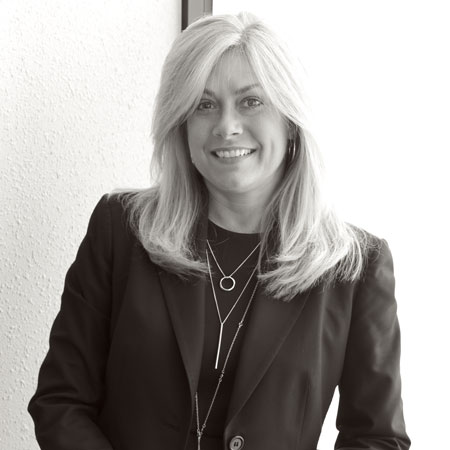 Patricia L.M. Gifford joined Spiros Law, P.C. as a Senior Associate attorney in 2014 after having spent over eight years practicing primarily plaintiff’s nursing home abuse and neglect and medical malpractice in Chicago. There, she helped obtain numerous multi-million-dollar settlements and verdicts for clients in all types of personal injury and wrongful death cases.

Tricia has been recognized by Super Lawyers as an Illinois Rising Star in 2012, 2013, 2014, and 2015 and as a Super Lawyer every year since 2016. She was also recognized as a 2018 Leading Lawyer by the Chicago Daily Law Bulletin and Leading Lawyers, and as a one of the Top Women Lawyers by Chicago Lawyer Magazine in 2018.

She served on the board of the East Central Illinois Women’s Attorney Association (ECIWAA) whose mission is to promote the full participation of women in the practice of law and the judiciary. She is a member of the Illinois Trial Lawyers’ Association (ITLA) and the ITLA Women’s Caucus.

As a native of Central Illinois, Tricia is thrilled to return to her roots to seek justice for individuals who have suffered from the negligence of others. She truly feels that there is nothing more rewarding than fighting for justice, equality, and basic fairness, especially when you’re fighting for people who can’t fight for themselves.

Tricia’s leadership, organizational, and technological skills, along with her unsurpassed dedication and commitment to her clients, make her a true asset to Spiros Law, P.C..

"Patricia Gifford was very diligent, always helpful when I had questions, and kept me informed throughout the process. My mother and I were very pleased with the outcome."

"Ms. Gifford worked hard, communicated every step of the process, kept us well informed at all times, and exceeded all expectations! She is kind, considerate, professional, and very experienced. Look no further, call now!"

"We received excellent service, with great communication and follow-up. I am very pleased to recommend Patricia and the firm."

"I liked Patricia from the start. She gave me good advice and direction. She had me explian the circumstances of my case, the outcome was favorable. She's a great attorney for nursing home neglect, I feel that she excels in this field."

"Patricia always made herself available for my questions and was very prompt with her responces. Every step of the process was explained to me in detail, and I was updated on any progress that was made in my case. I would highly reccomend Patricia for her excellence in working out the best outcome for her client as well as her understanding and compassion. "

The well-being, of our clients, staff, and community, is foremost in our thoughts during this unprecedented time. In order to comply with the current guidelines and to do our best to help keep everyone as healthy as possible, we are implementing some adjustments.

As you may have heard already, Illinois has been ordered to “shelter in place.” As a result, while our physical offices will be closed, we remain open for business. Our staff is working remotely to ensure that we are accessible to all our clients and are available to answer questions or provide consultations for potential clients.

If you have questions, you can still call our office number and someone from our team will be there for you. If you need to get any documents to us please take a picture or scan them to our email or text them to us at (217) 443-4343.